Have you ever considered giving up meat and all animal products? 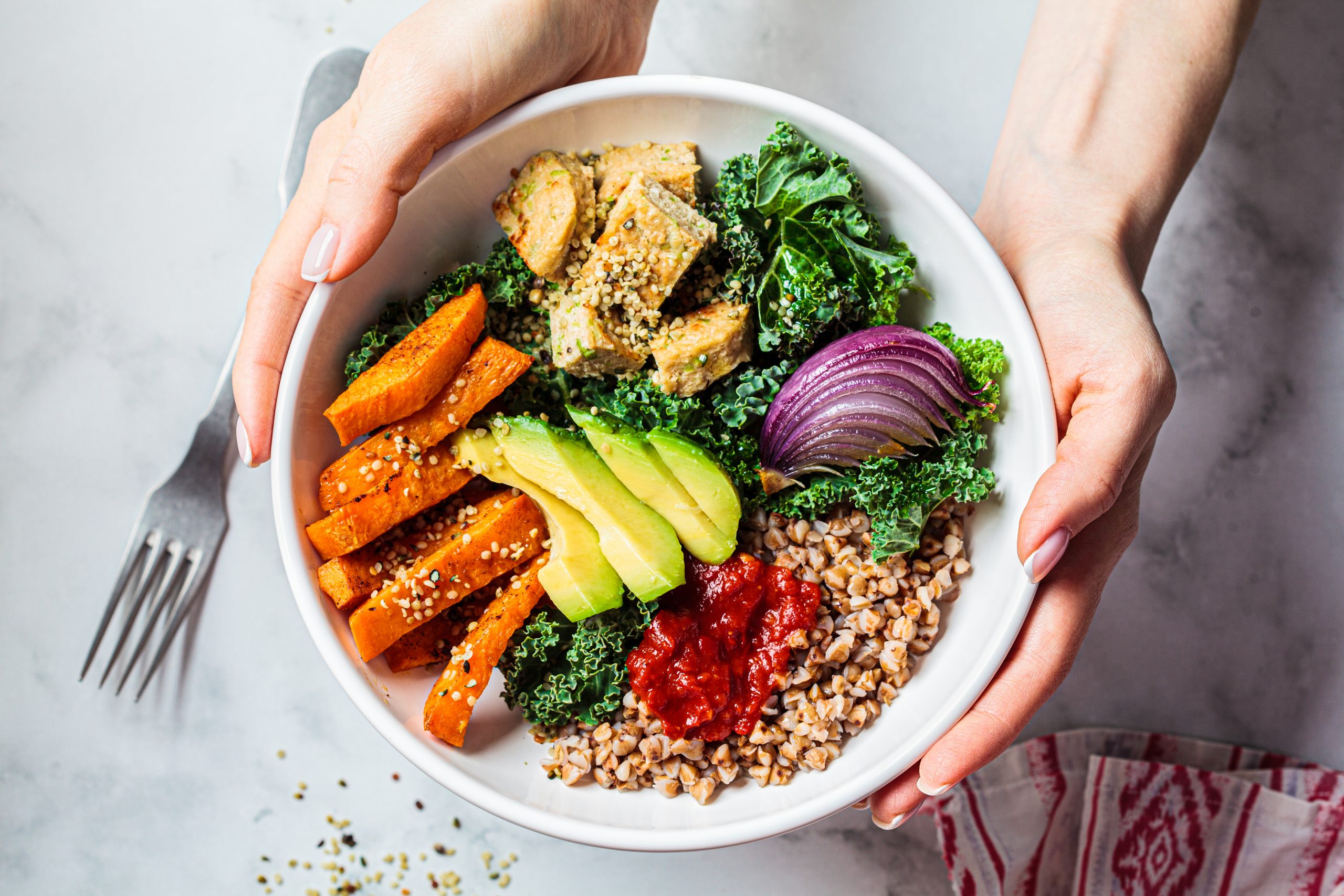 The new year often brings new year’s resolutions that can revolve around self-improvement, happiness, and health. One common resolution is going vegan also known as adopting a plant based lifestyle. This means a person will not eat any animal products. This can be done for health reasons, the environment, a love of animals, or simply because a person wanted to.
Below we have an excerpt from an interview between our founder, Stephen Yang, and Don Fries and Bev Bow, the founders of Healthy World Sedona, a non-profit for the purpose of educating and inspiring the public to adopt a whole food, plant-based lifestyle for personal health, to eliminate unnecessary suffering and death of animals raised for food, and to reduce global warming and other environmental effects caused by animal agriculture.

SY: You two have a very powerful story I find, you met later in life and you’ve really started a mission together and built a community around yourselves in Sedona Arizona… I think it’d be great if you could start with just the two of you met and why you know you began on this quest of starting VegFest.

Don: I grew up on a farm in Colorado and it was meat and dairy all the way. Somewhere in my thirties I ran into a book by John McDougall and that was an immediate turnaround for me because he just describes why whole foods plant based living is optimal for human health and I said, you know this makes sense and just went on that path almost immediately. For me I was just an immediate, yes this makes sense and everything that I’ve been enculturated to believe this really wasn’t the way to go, for a number of reasons for not just human health but planetary health and also animal health and welfare all three factors are extremely important and they all tie into each other and are related so then I’ll just take it up to the point where I met Bev at a concert in a hayloft literally an acoustic thing that goes on every summer all summer at a friend’s barn out in the country near Salem, Oregon.

Bev: Well I run into this guy Don at this concert and I can’t believe I did but I gave him my phone number. We did connect after that and then I find out he eats a plant-based diet basically a vegan diet. I worked in a healthcare organization and I thought I knew about health and I really thought he was misguided. I asked the usual questions, like where did he gets his protein and he was so passionate about it and I just thought this relationship was not going to work if one of us couldn’t change and the typical way of people I thought he was the one that should change. So I asked him is this your religion or what what’s the deal with this and he said no no it’s based in science. So I thought, well the way to solve this problem is to find the science that contradicted this and get him turned around, so I started researching and that was of course my downfall because then I realized that he actually was right. I couldn’t have been more shocked I just have to say I really I thought I knew about nutrition and I really I did not think that he knew what he was talking about so long story short I was the one that changed. We then came together and subsequently married we also ended up moving here to Sedona and that’s kind of the story of how we came together and I had my comeuppance and I’m very grateful.

Don: When we decided to move here to Sedona and build our solar a friendly home we wanted to essentially go on to the next chapter and give back to society. And just like the movie, Pay It Forward, we feel an obligation cuz all of us are standing on the shoulders of some really fantastic people and one way to give back, we decided what would work for us was to start a nonprofit and essentially an educational organization that’s dedicated to promoting the idea that we can and should all live in harmony with not just each other and our own bodies but the planet as it has a whole environment and also that the animals that inhibit this earth and the easiest way to do that is to adopt a whole food plant-based lifestyle.

There are a lot of factors to consider when making any change to your diet. All of our SPOKEN properties offer plant-based options for those who are fully vegan or want to try something new. The Flamingo Resort’s Lazeaway Club has a delicious menu with options for everyone.

This interview has been edited for concision and clarity.

The information provided by SPOKEN on spoken.life is provided for general informational and educational purposes only and is not a substitute for professional advice. Accordingly, before taking any actions based upon such information, we encourage you to consult with the appropriate professionals.

Back to the Blog